The original Arctic Council Action Plan to Eliminate Pollution of the Arctic, now known as the Arctic Contaminants Action Program (ACAP), was adopted by the SAO in 2001 and provided the first mandate for work on persistent organic pollutants (POPs) and mercury. The initial work of ACAP focused on polychlorinated biphenyls (PCBs), dioxins and furans, mercury, obsolete pesticides and cleaner production. Subsequently, ACAP developed projects also on brominated flame retardants and created the integrated hazardous waste management strategy for the Russian Federation (IHWMS). ACAP was established as a working group by the Arctic Ministers in Salekhard in 2006 and gradually formed subsidiary expert groups (EGs) to tackle specific issues. In 2015, ACAP’s six Expert Groups were reorganized, and the EG on Dioxins and Furans was merged with the EG on Mercury to be called the Expert Group on Persistent Organic Pollutants and Mercury (POPs & Hg EG). The POPs & Hg EG projects are aimed at contributing to implementation of the Stockholm Convention, the POPs and Heavy Metals Protocols of the UN/ECE Convention on Long Range Transboundary Air Pollution, the Minamata convention as well as other hazardous chemicals initiatives.

The mandate of the ACAP Expert Group on POPs and Mercury is to develop, coordinate and facilitate Arctic Council demonstration projects that detect and reduce the release of POPs and mercury into the environment.

Being one of ACAP’s subsidiary bodies, the POPs & Hg EG acts as a strengthening and supporting mechanism, proposing actions to reduce POPs and mercury emissions and other contaminants, and to reduce their environmental, human health and socio-economic risks in the Arctic.

Through pilot projects and work of the POPs & Hg EG, the ACAP WG demonstrates opportunities for reduction of pollutant releases, but relies on its Member States to contribute to scaling up efforts through strengthening their national policies.

Publications on dioxins and furans

Fact Sheet - Effects of Dioxins on Human Health and the Environment

Fact Sheet - What are Dioxins?

Fact Sheet - Actions to Reduce Formation and Emissions of Dioxins

Fact Sheet - Dioxin Sources and Transport in the Environment
See all 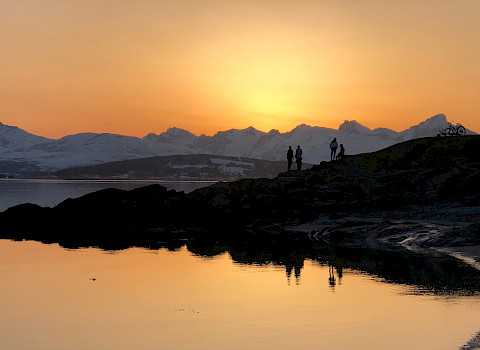 Norway is taking over the chairmanship of Arctic Contaminant Action Programme (ACAP) from May 7, 2019.
05 Jun 2019
See all